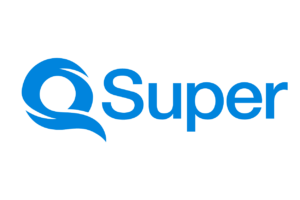 In 2016 QSuper entered into a three-year partnership with DVConnect and in 2019 they extended for another three years, confirming their committment to help DVConnect end domestic and family violence until September 2022.

QSuper is Queensland’s largest and the second largest superannuation fund in Australia.

QSuper CEO Mr Michael Pennisi says organisations have a responsibility to take an active role in tackling domestic and family violence, both within their workplaces and the broader community.

“There is only so much that governments and not for profits can do to overcome issues such as domestic violence. More and more it’s up to organisations to work collaboratively to help tackle domestic violence in our communities.  Domestic violence takes a significant social, emotional and financial toll on its victims, who are predominantly women. With women making up almost two-thirds of QSuper membership and more than half of our workforce we feel a great responsibility to act. As an organisation with over 575,000 members and around 1,500 staff, we can play a role in calling out this abhorrent behaviour and letting the community know that we don’t tolerate domestic and family violence,” he said.

Minister for the Prevention of Domestic and Family Violence Di Farmer congratulated QSuper and DVConnect on the continued partnership, which means that more calls for help can be answered.

DVConnect CEO Rebecca O’Connor welcomed the continued support, citing the impact an additional resource has on meeting their demand is significant.

“The additional crisis counsellor means about an extra 4,000 calls per year can be answered from Queensland victims. Being able to answer more calls could lead to more lives being saved,” she said.

QSuper and DVConnect will both attend the Domestic Family Violence Prevention Corporate and Community Forum on 10 September organised by the Department of Child Safety, Youth and Women and spearheaded by Minister Di Farmer. The event, which has had input from a range of businesses including QSuper, will shine a spotlight on the impact that organisations can have and provide the opportunity for a direct dialogue between organisations and not for profits working in the domestic violence sector.

Mr Pennisi said QSuper’s commitment wasn’t just about providing funding but looking for opportunities to educate customers and employees about the prevalence of domestic violence, and what they can to take an active role in combatting the issue. QSuper offers in-kind support to DVConnect, as well as fundraising and volunteering by employees. The Fund offers 10 days domestic violence leave and provides training to employees to identify and refer victims to appropriate services.

“If every organisation in Queensland took some small steps to raise awareness and help provide support to anyone experiencing domestic or family violence it could have a huge impact in the community. As the State’s largest superannuation fund we want to take an active role in improving the lives of vulnerable Queenslanders. Our continued partnership with DVConnect is a demonstration of that,” he said.

The additional full-time Crisis Counsellor funded by QSuper is positioned within the helpline centre in Brisbane and takes calls from all over Queensland. The counsellor assists the additional 4000 callers with:

With so many QSuper members supporting victims of domestic violence in their roles as police, nurses, emergency services, teachers, child safety and legal officers, QSuper wanted to mirror their commitment to improving the lives of vulnerable Queenslanders. QSuper employees are supportive of the DVConnect services as well. They regularly hold Bake Sales to raise money to help more Queenslanders. They also volunteer with the organisation and event co-ordination of the annual Brisbane Candle Lighting Vigil, held on the 1st of May yearly.

About QSuper
QSuper is Queensland’s largest super fund according to the Australian Prudential Regulation Authority’s annual fund-level superannuation statistics issued on the 21 December 2018, with $102 billion in funds under administration. From humble beginnings over a century ago, today QSuper manages the retirement savings of more than 577,000 members. With membership previously restricted to current and former Queensland Government employees (and their spouses), QSuper opened its doors for the first time in 2017, with membership now open to anyone.